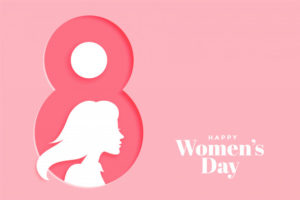 Every year International women’s day is celebrated on 8th march 2020. It is a global day celebrating the social, economic, cultural and political achievements of women. The day also marks a call to action for accelerating women’s equality.

“An equal world is an enabled world” – and every one of us can do our bit to bring about gender equality.

That’s the core message of #EachForEqual, the campaign at the center of this year’s International Women’s Day. It seeks to draw attention to the idea that gender inequality isn’t a women’s issue, but an economic one – as gender equality is essential for economies and communities to thrive.

The #EachForEqual campaign has become a symbol of the movement, which extends far beyond 8 March, with activities running all year long. The idea is to reinforce and galvanize collective action, holding events and talks that urge us all to share responsibility and play our part.

And by celebrating women’s achievement, raising awareness of bias and calling out inequality, the campaign says, we can all help to bring about change.